The Checklist of the Birds of Kazakhstan

The northernmost nesting record in the Caspian region. Prior to this, since 2015, the Shikra has been found nesting in the Mangistau region of Aktau (see the birds.kz gallery), on April 22, 2019, one bird was photographed north of Aktau - in the city of Fort Shevchenko (A. Kydyr, birds.kz ). 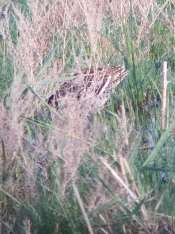 The first record of the Great Snipe in Kazakhstan, after more than 30 years, confirmed by photography. The last record of this species dates back to 1987, when on May 7 a migrating Great Snipe was caught in the Tentek delta (Khrokov et al. 1993).

The first nesting record in the Kostanay region. It is known that the Ural Owl breeds in the South-Western Altai and Kalba, there is also evidence of nesting in the North Kazakhstan region (Zuban, Kalashnikov 2017) and in the East Kazakhstan region in forests north of Semey (Karpov, Levin 2005). In the Kostanay region, this species was occasionally found only during wintering (A.Yu. Timoshenko, G.Yu. Timoshenko 2021, Yu. Malkov, birds.kz).

The second record of the species on the territory of Kazakhstan. Observed by a group of 6 ornithologists on the eastern coast of the Aral Sea on May 11-12, 2022 and on the northern coast on May 12-13, 2022, where, according to S. Baskakova, it was especially numerous - several males singing at the same time on clayey chinks. For the first time this species was recorded on May 9, 2018 in Mangistau in the Karagie depression near the Ashibulak spring (see the site gallery).
more rarities...